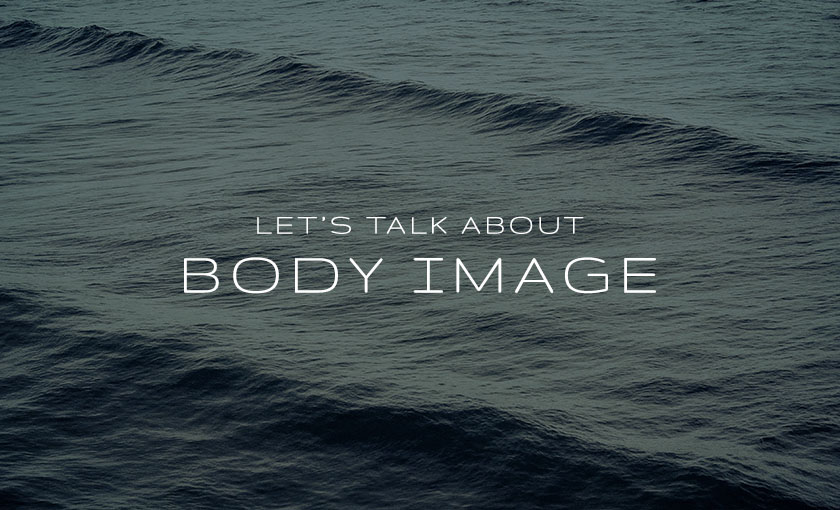 It’s Mental Health Awareness Week and body image is the chosen topic, which is a hot topic to say the least. We have recruited Luke Grace to give his opinion on this topic. Luke is a Doctor of Chiropractic and has studied many therapies including Kinesiology. His approach to well-being is to see the body as a triangle: the physical, emotional and chemical and if one is out of sync then they all will be. Read below his thoughts and advice on “Body image in today’s society”.
—–
For everyone, the process of moving through adolescence, a journey taking us from a child to adult sees monumental changes – physically, mentally and emotionally. Going from that protected state of a dependant to a self-directed individual engages the process of self-awareness. It’s during this time when most people begin to adopt some level of negative self-beliefs. Unfortunately, if these are not confronted and then released they can stay for a lifetime, sometimes dividing and multiplying and resulting in harmful actions to the individual and those closest to them.

Body image is one of the first chinks in the armour of blissful childhood ignorance. It’s a moment when people begin to compare and ask those self-obsessive, and often critical questions – am I normal? am I enough? This has been recognised for millennia, even being referenced in the Bible for it’s the moment when Adam and Eve eat from the tree of knowledge they become self-aware and then choose to ‘cover their nakedness’.

There is the age old question of nature vs nurture. Obviously, we are partly a product of our surrounding. If you put a stem cell with a group of liver cells it will become a liver cell, if you put it with a group of kidney cells, then it will become a kidney cell. The same can be said to apply to people. However, although people have the same potential as a stem cell, they have something extra – self-determination.

We can see that different cultures with their own traditions, and even periods, all value and promote a different body image. For some it is seen as attractive to be tall, others short. For many, it is advantageous to have a fuller figure and for others slimmer. In the west, the desired physical standards have consistently changed every decade or so for both men and women. This would suggest there is a lack of truth in some of these standards or at the very least that it varies – possibly from person to person.

In the modern world there are countless implicit messages we absorb every day about the way we should be, what is right and what is wrong. On a fundamental level, they teach us what we need to do to be accepted and what we need to avoid for fear of being rejected. These messages come in the form of advertisements, the standards being set by movie stars, influences on social media and many more. Some people, myself included, point to these sources and criticise them for the messages they promote, but there is something to be learnt from them.

All these messages are designed to sell. They do this by gaining leverage on those ever-present adolescent questions – am I normal? am I enough? To which they hope the answer is no and they can step in with a solution – for a price of course. They are ultimately selling us some form of health, abundance, happiness and self-acceptance. If this is what we are all wanting, then it’s wise to define what that is for us before we start buying into other people’s ideas.

Body image encapsulates so many elements – tradition, culture, acceptance, youth, beauty, power the list goes on and on. Ultimately it represents one thing, you. Just as Marie Kondo teaches people to clear their homes, whenever you have a thought or are about to take action based on your self-image, sit with it and really feel if it gives you that spark of joy. If it does then go with it, and if not, don’t. The more you do this it is inevitable you will create a healthy body image – one that is uniquely yours.

Luke works out of Karma Dental on Wandsworth Bridge Road, contact him at – luke@holisticperformancespecialist.com or call on 07969872875.

He is currently giving all riders 50% off initial consultations and 25% off sessions there after.